Architect Miguel Quismondo has transformed a 1960s warehouse in the Hudson River Valley and created a new concrete addition to house a collection of work from the Italian Arte Povera, or “Poor Art”, movement.

Taking its name from the Italian word for “warehouse”, Magazzino is located in Cold Spring – a village in the Hudson Valley situated about an hour outside of Manhattan.
The project entailed the full renovation of an 11,000-square-foot warehouse (1,022 square metres), along with the creation of a new building encompassing 14,000 square feet (1,300 square metres). 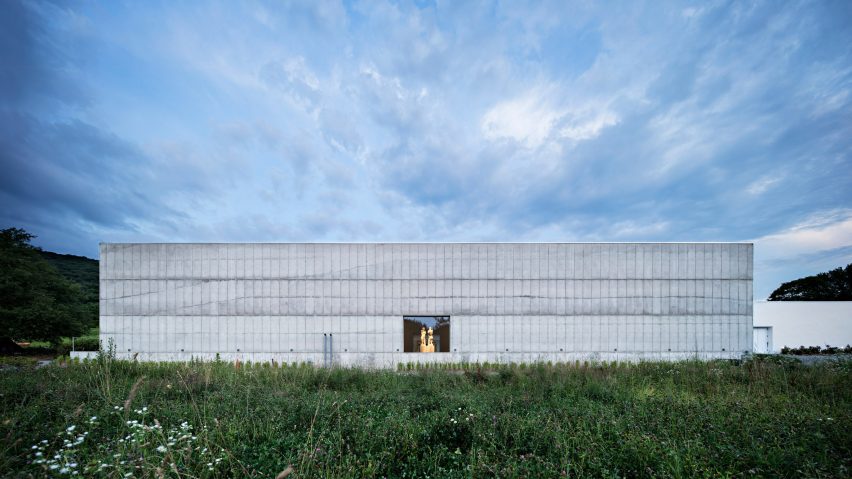 The project was commissioned by Olnick Spanu, an organisation led by husband-and-wife collectors Nancy Olnick and Giorgio Spanu. Spain-born and New York-based architect Miguel Quismondo, who serves as the organisation’s director of architecture and construction, oversaw the design.

The gallery presents work by members of Arte Povera, or “Poor Art” – a radical art movement that emerged in Italy in the 1960s. The artists were known for using mundane materials such as rags and tree branches, which influenced the building’s design.

“While the artists worked with elements considered to be poor, low-quality or readily available, we wanted to pursue this philosophy by using simple components and building techniques,” the architect said.

The existing steel-and-concrete building, which is L-shaped in plan, was constructed in 1964 to serve as a distribution centre for dairy products. For the inner side of the “L”, the team created a courtyard and then placed the rectangular addition alongside it. The old and new buildings are linked by glass corridors, which help reinforce a sense of “lightness”.

“The juxtaposition of the two volumes makes the central courtyard became a virtual room, an extension of the lobby, while the reflecting pool that regularises its geometry facilitates the transition between the existing building and the addition,” the architect said.

The addition rises higher than the older building, enabling it to accommodate larger pieces of art. For the exterior walls, the team used concrete with a weathered appearance. 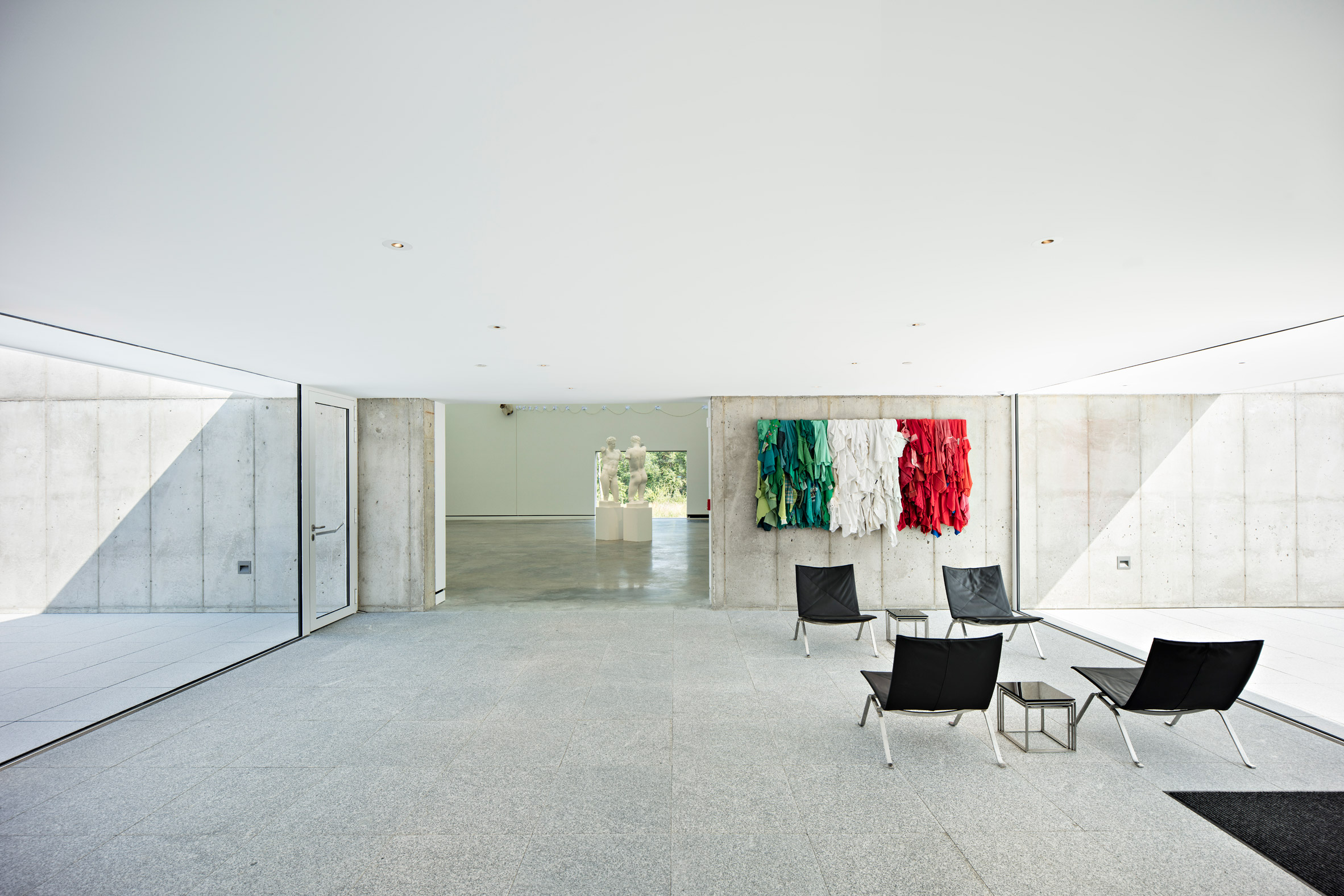 “The ‘in situ’ formwork concrete wall, shaped with phenol-treated wood panels, makes up the skin of the new container,” the architect explained. “The roof cover is solved by using a simple structure involving metal gable trusses.”

Within the building, quality of light was a central concern. Skylights in the repurposedwarehouse bring in “specific, solid light”, while the new addition offers light that is “uniform and faint”. Artificial track lighting was also integrated into the galleries. 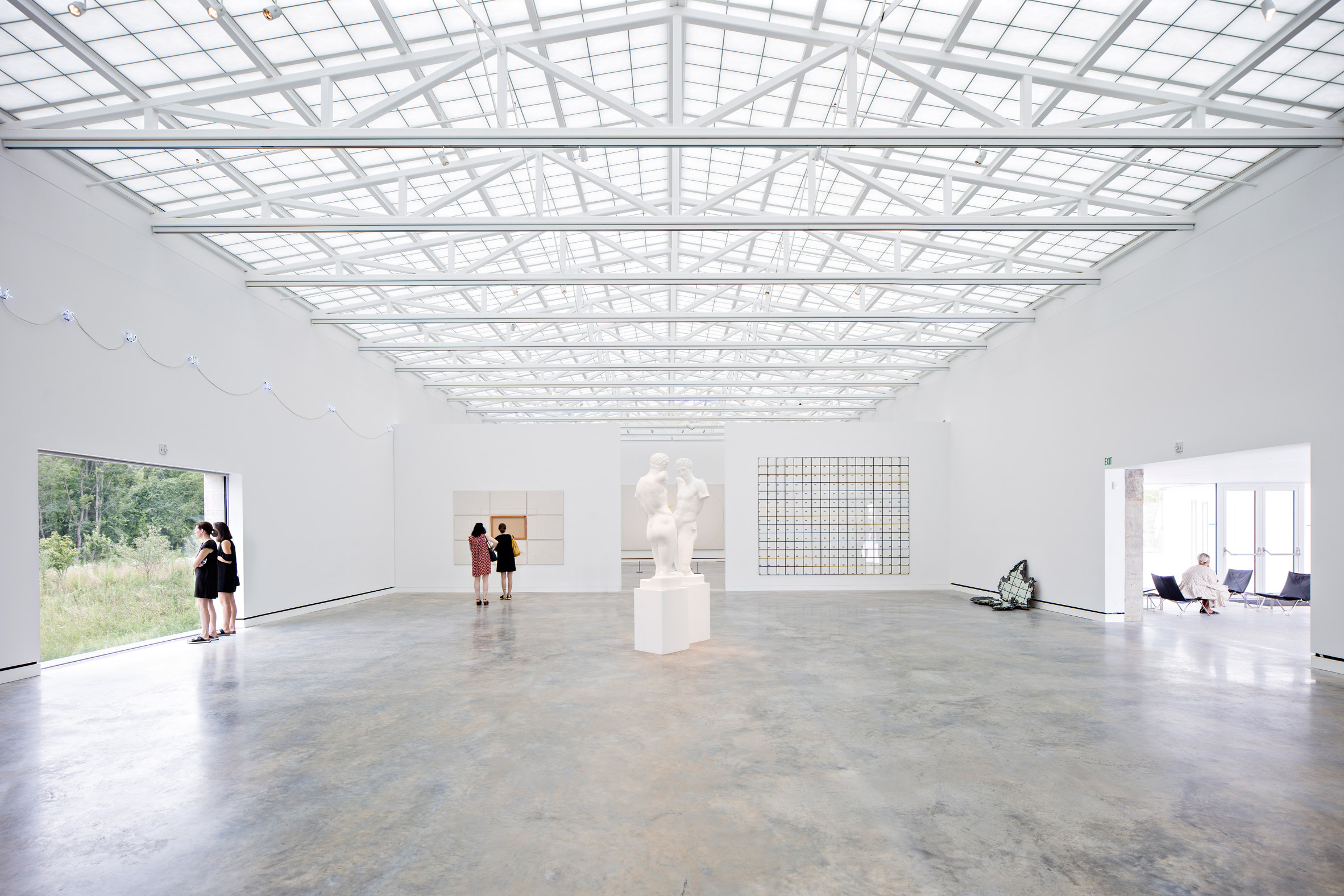 The interior circulation is meant to feel fluid and comfortable, with certain areas offering a view of the outdoors.

“The flow was reduced to a simple circle in order to make the visitors follow an intuitive sequence of rooms,” the architect said. “To keep guests from being weighed down by the burst of art, the spaces open to the exterior to help people rest their eyes throughout the tour.” 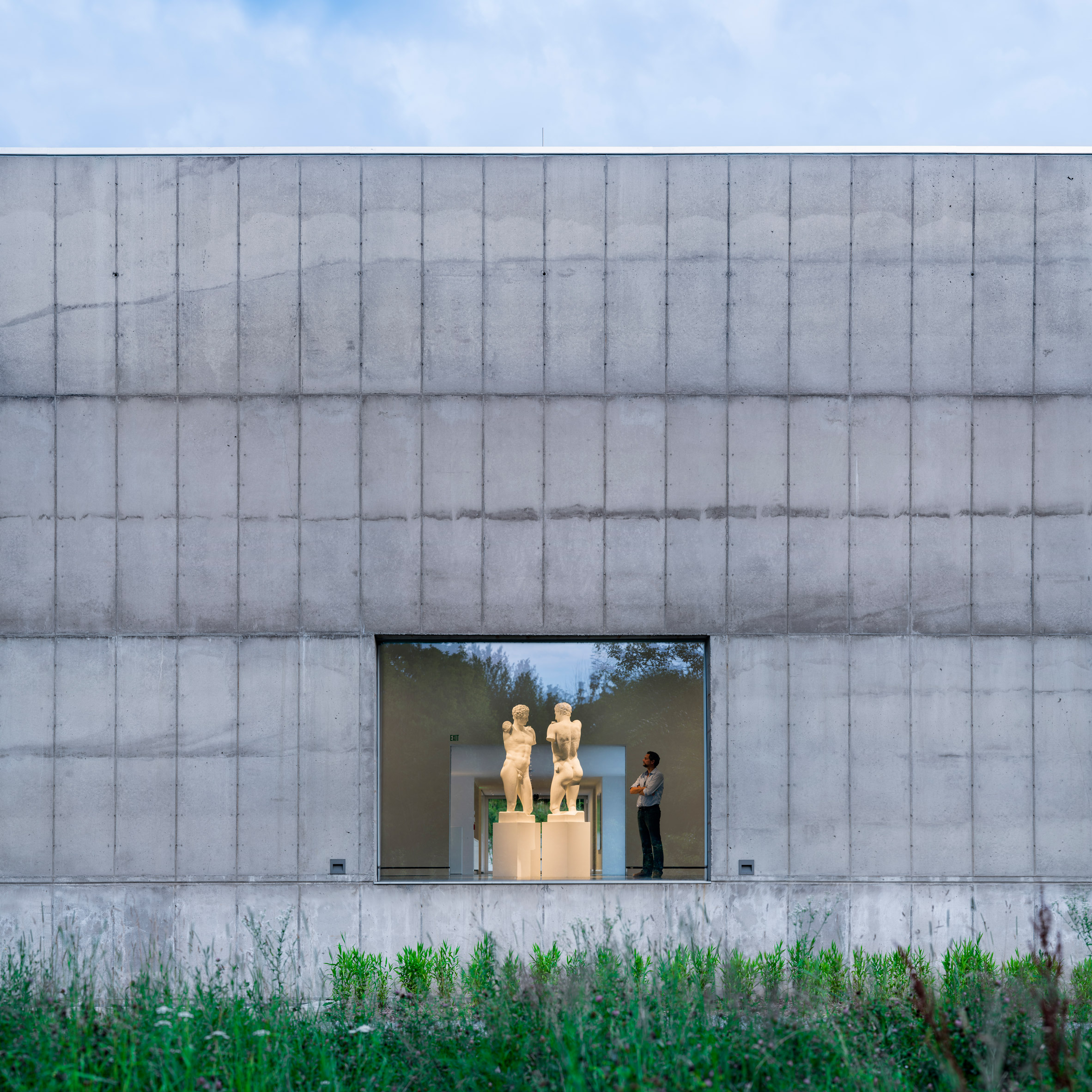 A number of art galleries and museums in the US are housed in old industrial buildings. Others include the SO-IL designed Tina Kim Gallery in Manhattan, which occupies a century-old structure in the Chelsea neighbourhood, and a contemporary art gallery in New Mexico designed by SHoP Architects, housed in a former beer warehouse.

Photography is by Javier Callejas.